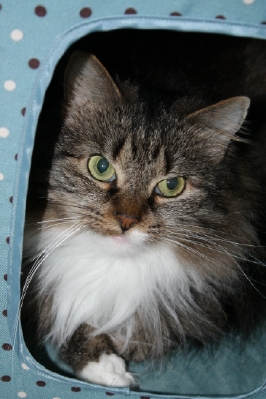 The Birth of Kitty Colony:

A cat lover since childhood, I was heartbroken at the lack of care given to the barn cats on the farm where I was residing. I coudn’t understand the philosophy of many of the farmers – “You don’t feed Mousers” How can a cat chase mice if weak and emaciated from lack of proper nutrition or water? A healthy cat chases mice for sport – and will catch more than its unfed counterparts.

We started putting out food and water for the few cats that wandered through and were soon pulled into rescue work as the cats began to colonize and multiply on the property. The first few litters of kittens we cared for ourselves – We were able to tame and adopt out several and family pitched in to help foster the kittens when we couldn’t.

As the colony continued to grow, we enlisted the help of PAWS Volunteers to help with the trapping and spaying/neutering of the cats, and several members assisted in fostering and socializing the kittens. Several of our socialized cats and kittens were adopted through a PAWS Petsmart Adoption center, others were incorporated into the Catworks Inc. or adopted out privately by PAWS volunteers. I nicknamed my little family of cats “Kitty Colony” and put together a small personal webpage to share my pictures with friends and to help advertise and adopt the socialized cats and kittens there on the farm and fostered by my family.

When we moved from the farm – I couldn’t leave my “Barn Babies” – the cats that had been born, and had grown up in the barn – So I took them with me. These cats are still semi feral,or very feral (wild!) and most of them will probably remain so for the rest of thier lives. In that case, I will care for them and love them as much as they will allow me to – but they are now indoor-only and are living the good life – fat and lazy and happy!

In the past few years, we opened ourselves up more to the community and began fostering cats rescued from the streets, farms, and over-crowded shelters. So now along with my “Barn Babies” are now many fosters, orphaned kittens, rescued strays, ferals and adoptables – Living in harmony with each other while waiting for their forever families to find them. 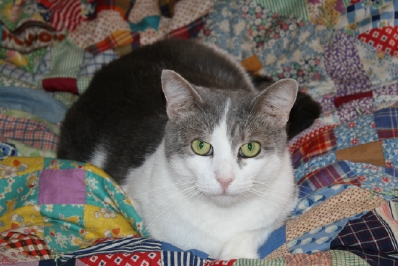